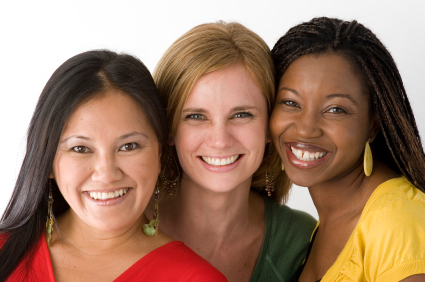 Want to lower your risk of getting breast cancer? Recent research in Israel published in the British journal BMC Cancer has given us one more thing to take note of.

According to the Centers for Disease Control and Prevention, after non-melanoma skin cancer, cancer of the breast is the next one which most commonly afflicts American women. In 2004 alone, over 185,000 women and more than 1,800 men were diagnosed with the disease, while almost 41,000 women and 362 men actually died because of breast cancer.

These numbers do not make for good reading at all. What actually causes breast cancer, and what can we do to stave it off?

Those who are familiar with natural health and healing will know that breast cancer, like all other forms of cancer, can be prevented and even treated using powerful dietary and lifestyle choices, such as consuming enough fiber, exercising regularly, as well as getting enough sunshine and vitamin D.

What is also clear is that breast cancer, again like all forms of cancer, is a multi-factorial disease which needs to be tackled from various angles.

Recent research at the Ben-Gurion University of the Negev in Israel has given us one more piece of the jigsaw – it seems that happiness and optimistic attitudes may reduce one’s risk of contracting the disease. On the flip side, adverse life events may increase one’s susceptibility to it.

Details of the Study 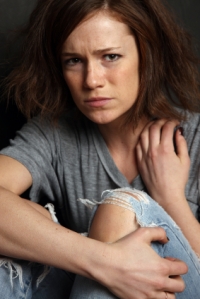 For the study, 622 women aged between 25 and 45 were asked about their life experiences, and researchers then assessed their levels of optimism, happiness, anxiety and depression before diagnosis. This information was then used to draw a link between life events, psychological distress and the occurrence of breast cancer. Of the participants, 255 were breast cancer patients, while the other 367 had never had cancer.

According to Professor Ronit Peled, the leader of the study, its findings “showed a clear link between outlook and risk of breast cancer, with optimists 25 percent less likely to have developed the disease”.

On the other hand, women who had been through two or more traumatic events in their lives had a 62 percent higher risk of contracting the disease.

Generally speaking, there have been other studies which have drawn a link between positive mental and emotional states and better health. For example, some studies have shown that positive emotions cause the body to produce more immune cells, while negative ones have the effect of suppressing one’s immune system.

But exactly and specifically how attitudes contribute to health, is something which we cannot say we know very well. One theory is that the body’s immune system is influenced by brain chemistry, which is in turn affected by one’s emotional experiences.

“The mechanism in which the central nervous, hormonal and immune systems interact and how behaviour and external events modulate these three systems is not fully understood,” said Peled. “The relationship between happiness and health should be examined in future studies and relevant preventative initiatives should be developed.”

One thing we do know, though, is that emotions such as happiness, stress, anger, anxiety and fear affect the human at a biochemical level. In other words, when our emotions change, our bodies also become chemically different.

What Next For Us

One thing that must be noted about the study is that the women were in fact interviewed after their cancer diagnosis, could very well affect their recollection of their emotional state in the past. When a person is going through a crisis, it would perhaps be a natural tendency to view events in the past more negatively.

Despite this, and although the “how” is still uncertain, Peled is convinced that the link between emotional events and health exists. He feels that “we can carefully say that experiencing more than one severe and/or mild to moderate life event is a risk factor for breast cancer among young women. On the other hand, a general feeling of happiness and optimism can play a protective role”.

According to him, young women who have gone through a number of adverse life events should be identified as being ‘at-risk’ for breast cancer and then be treated as necessary.

Most of us wish to find a specific solution for every health problem. The truth is, many degenerative diseases, and most certainly cancer, have their roots in multiple causes. That being the case, many factors would contribute to one’s risk profile, and a multi-pronged approach in preventing and dealing with the disease is almost always necessary.

What we now know, being happy and optimistic forms are an important part of such an approach.

And if you have been through some tough events in life, you may want to seek some help to address unresolved issues, either through professional counseling or otherwise. Leaving these issues lingering would just be adding more ammunition to the potential cancer time bomb.

For more tips on relieving emotional stress or depression please visit our Emotional Wellness Page or click on this link http://www.celestialhealing.net/emotional_stress_therapy.htm