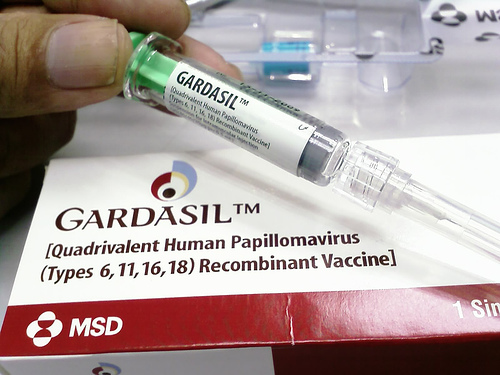 Gardasil vaccine has been distributed around the world as a method of prevention for cervical cancer caused by the human papilloma virus. The vaccine, which is made by Merck is marketed to young girls and teens as a way of preventing four strains of HPV that are known to raise risks for cervical cancer. As of May 31, 2010 around 29.5 million doses of the vaccine were spread across the United States alone. There have been 53 deaths reported to the VAERS after Gardasil injections, and if physicians and health officials can work to establish more accurate reporting, we may soon see those numbers go much higher.

From as far away as India and New Zealand reports of life-altering illness and even death are being heard–and could be linked to Gardasil. Many of these reactions have occurred just days or weeks after the shot in previously healthy young girls. Concerned parents no longer have thriving teenage girls, but instead are playing nurse maid to the chronically ill, or grieving a loss that could be linked to Gardasil.

The Centers for Disease Control in conjunction with the Food and Drug Administration are working closely with others in the medical field to try to determine a link between Gardasil and diseases like Guillian Barre syndrome, and Lou Gehrig’s disease. The CDC states that as of May of this year there were over 16,000 reports to the vaccine adverse reaction database (known as VAERS) related to reactions after Garadsil injections. Some reactions the CDC calls “non-serious” and includes fainting, nausea, pain and swelling of the injection site.Others are considered “serious. “ To be classified as serious, the reaction should “involve hospitalization, permanent disability, life-threatening illness, and death.” The CDC reports that only 8% of the 16,000 were considered serious. That percentage may seem small, but for the families who have fallen victim to the side effects of Gardasil, it is anything but.

Unfortunately the CDC and FDA will have an even harder time determining just how many adverse reactions have occurred from Gardasil simply because of spotty reporting from physicians. When doctors report to the VAERS, they are often failing to give identifying information like name or address of the patient which makes it impossible for the CDC to follow up on leads. If the true number of reactions was known, and physicians were reporting reactions properly we may have seen an even more dramatic set of numbers related to Gardasil and its link to disease and death rates.

Government health officials say that although they have been able to verify that Gardasil was given prior to the deaths of 29 out of the 53 cases reported so far, that there still is no definitive link that proves Gardasil was the cause.

So how much higher are the numbers of young women and girls who took their vaccine and then fell ill, only to have it called a “coincidence” that was never reported? We may never know the real numbers but if physicians could be properly trained on how and what to report we could soon see that Gardasil is much more damaging than originally thought.

There are now 20,101 reports of adverse reactions and 84 deaths attributed to the HPV vaccines. In September a healthy 40-day old breastfed infant died the day after its mother received her first Gardasil injection. These are serious incidents.

Sane Vax Inc. has written a letter to Dr. Margaret Hamburg, FDA Commissioner requesting the vaccine be taken off the market.

And of course at http://truthaboutgardasil.org

Comments Off on Over 100,000 Americans Died From FDA Approved Prescription Drugs Last Year Posted by docakilah on June 27, 2011 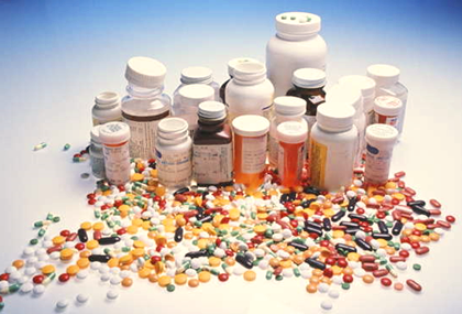 Last year, over half a million Americans were hurt by prescription drugs. And 100,000 of them died.

How did that happen? If some prescription drugs are that dangerous, how are they getting approved?

The answer is not simple. There are good people involved in the process. But the incentive in the system has become distorted.

Here’s how it happened…

The FDA now regulates $2.5 trillion worth of food, drugs and medical devices. That’s 25 percent of all U.S. consumer spending.

Plus, over the last two decades, America’s appetite for prescription drugs exploded. The FDA, struggling to keep up, needed to get drugs approved faster.

But the bureaucracy has grown so big that it’s not very efficient. So the FDA tried to shortcut the time for drug approval by getting the drug companies themselves to pay for the research.

In 1992, Congress passed the Prescription Drug User Fee Act to give the FDA more desperately needed funds. The law allows drug companies to pay the FDA to approve their drugs.

This funding is called “user fees,” which this year will equal nearly one-third – $920 million – of the FDA’s budget.

The fees make sense for the drug companies because delayed drug approval means millions in lost revenue. So, paying “user fees” to the FDA gets drugs approved fast. In fact, this funding boost has made the FDA the fastest drug approval agency in the world.

But that turned out to make a bad situation worse. Now you have government employees and supervisors very sensitive to what the drug companies think of them because they’re dependent on the companies for funding.

The FDA’s own scientists even admit to this. Scientists like David Graham. He’s played a key role in getting 12 drugs removed from the market, including Vioxx. Take a look at what he said after the FDA made Merck pull Vioxx from the market because of the risk of heart attacks:

“As currently configured, the FDA is not able to adequately protect the American public. It’s more interested in protecting the interests of industry. It views industry as its client, and the client is someone whose interest you represent. Unfortunately, that’s the way the FDA is currently structured.”

How does this affect you? Because as a result of this current structure, more than 20 approved drugs have been recalled since 1992.

Before the Prescription Drug User Fee Act – when the FDA received no funding from pharmaceutical companies – only eight drugs were withdrawn from the 1950s through 1992. 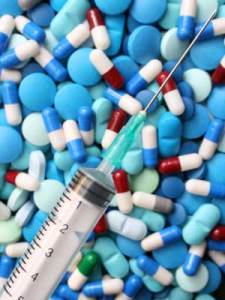 But withdrawn drugs are just scratching the surface. There are countless dangerous – even deadly – drugs that remain on the market. Drugs like statins and powerful NSAIDs. Not to mention recalls due to contamination and other manufacturing problems.

A few potentially deadly drugs that were approved for prescription include:

That in no way means there aren’t life-saving drugs developed by responsible people that have helped millions of Americans. But one brand new study by the American Sociological Association found that 85 percent of new drugs cause more harm than good.9 And Celebrex, a pain reliever similar to Vioxx, has caused hundreds of heart attacks, but is still prescribed.

That can certainly make you wonder if we don’t need to slow down a little bit, and take a closer look at what drugs get approved, and how fast.

Whether that happens or not, there’s good news.

You Have the Power to Make Your Own Decisions

There are forces out there that aren’t working to your advantage. Despite the smart people doing hard work and all the helpful science, not everyone’s incentive is your health. But don’t worry. You have plenty of help, and you can make your own choices.

You’d never hear that from a big company because showing you how to keep yourself well isn’t half as profitable as treating symptoms with drugs. But there are natural remedies and preventatives that can keep you away from the pharmacy for good.

My 100%-Natural Plan:
9 Keys for Avoiding Chronic Illnesses
and the Dangerous Drugs That Treat Them…

1. Eat like our ancestors. Our ancestors ate what they could hunt and gather. And that was natural meats and eggs, veggies, unmodified fruits and nuts, and olives. They ate a lot raw natural food with fewer carbs – and no processed foods or food cooked with vegetable oils. As a result, their archaeological records show virtually no heart disease, diabetes, osteoarthritis or obesity.

2. Enjoy the food you were born to eat. I’m talking about fat. Eating fat does not make you fat and unhealthy. But eating the wrong kinds of fat will. Our bodies need fat to absorb vitamins. In fact, vitamins A, D, E, K, and CoQ10 can’t even be absorbed without fat. What’s more, when you deprive yourself of fat, you eat more carbs. And an excess of them can put you at risk of weight gain, heart problems, diabetes and stroke. The best fat sources are foods loaded with Omega-3s (such as walnuts, almonds, cod liver oil and wild-caught salmon). But stay away from bad fats, like processed foods and vegetable oils. And don’t even go near potato chips, cookies and salad dressing. They’re loaded with the very worst fats – trans fats.

3. Stay away from simple carbohydrates. Starchy, high-carb foods spike your blood sugar. And that triggers the release of insulin. Over time, this can put you at risk of insulin resistance. And when that happens, you’ll be on the fast track to obesity, diabetes and heart disease. Always eat foods with a low glycemic index and glycemic load. 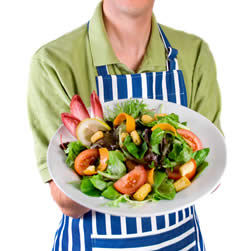 4. Go organic whenever possible. Pesticides and insecticides can harm the nervous system, immune system and major organs, like the liver and kidneys. They also can cause problems with growth and neurological development in children. Organic farmers don’t use these chemicals. And that makes organic food much safer and healthier.

5. Rid your body of toxins. The world we were designed to live in millions of years ago has changed drastically. And our bodies haven’t adapted quickly enough to flush out the countless pollutants that are now a big part of our everyday lives. The easiest way to rid your system of toxins is to drink plenty of filtered water, and to eat fruit and fibrous vegetables for 21 – 30 days. Getting rid of chemicals and heavy metals in your body will help you live a longer, disease-free life.

6. Don’t fear the sun. Your body needs exposure to the sun to produce vitamin D – which helps you maintain strong, healthy bones and fight disease. Contrary to what you’ve been told, the sun isn’t bad for you – it’s nature’s cancer fighter. Just by getting a little sunlight every day (about 20 minutes for fair-skinned people and two to four times that much for those with dark skin) could reduce your risk of 16 types of cancer. Of course, I’m not telling you to go outside without sunscreen – but if you need it just make sure it’s chemical-free.

7. Supplement your diet (if necessary). The best way to get the nutrients you need is through a healthy organic diet. But if you don’t feel like you’re taking in enough, you can also safely supplement. And I emphasize “safely” because unlike prescription drugs, people are not dropping dead from dietary supplements (vitamins, amino acids, herbals and homeopathics).

Here are the vitamins and nutrients I suggest taking daily:

Akilah M. El, N.D. is a Naturopathic Doctor and board-certified Master Herbalist with a private practice in Atlanta Georgia and Berlin Germany. Join Dr Akilah El on Facebook and Twitter