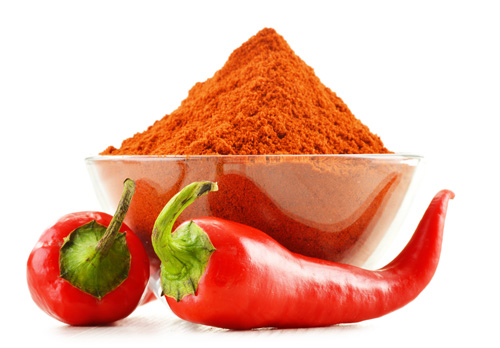 Cayenne pepper, known scientifically as Capsicum frutescens, is a chili pepper that originated in French Guiana and gets its name from the territory’s capital city of Cayenne. For those who love spicy foods, cayenne, also available in powdered form, adds a fiery note to the dishes in which it’s used. Capsaicin, the plant-based compound that accounts for cayenne’s intense heat, also endows it with a surprising array of healing properties, many of which have been confirmed in research studies.

For ulcers, sore throats, diarrhea and coughs, cayenne pepper is a sure remedy. It offers relief from any of the mentioned irritations.

2: Cure for Cold and Flu

Cayenne pepper helps in getting rid of congested mucus in the nasal cavity, hence offering relief from flu and cold.

For cases of attack from fungal pathogens such as phomopsis and collectotrichum, cayenne pepper has been found to effectively prevent their formation.

Cayenne pepper is capable of triggering a response in a different part of the body hence reversing brain’s focus to the ‘new pain’ region. As a result of this ‘false alarm’, nerve fibers loses the substance P which is responsible for pain and the anticipated pain is lowered to a great deal.

By stimulating the digestive tract, cayenne pepper helps in improving enzyme production as well as gastric juices. As a result, the body is able to break down food as well as toxins. If you suffer from intestinal gas by promoting intestinal peristaltic motion necessary for both assimilation and secretion of waste products of digestion., aiding in both assimilation and elimination.

Cayenne pepper aids in lowering atherosclerosis by encouraging fibrinolytic action and warding off factors that cause blood clotting. Consequently, risks of heart attack or stroke are minimized.

Cayenne pepper is a stimulant in a class of its own. It speeds up lymphatic processes as well as the rhythmic reaction in the digestive system. As we know, the heating up process in the body leads to detoxification. Moreso, cayenne pepper stimulates sweating hence loss of body waste through the skin is initiated.

Cayenne is rich in a compound known as capsaicin. This substance triggers a certain pain momentarily on the skin. A chemical message is triggered into the joint from the skin, resulting in relief from pain.

It has been found through studies that cayenne pepper fights certain types of cancers such as lung cancer in smokers due to their capsaicin content. The study elucidated that capsaicin halts tumors which form as a result of tobacco smoking, in the lungs.

Cayenne pepper has been linked to weigh loss due to its ability to improve metabolism which means burning excess fats to release energy. Cayenne eaters have been observed to eat less due to loss of appetite especially if they took it as breakfast.

Cayenne pepper helps to restore blood pressure levels normal. In the same mechanism it uses to fight artherosclerosis, it unblocks arteries hence improving blood flow. This way, the blood pressure is kept on check. Pepper reduces the risk of arthrosclerosis; it simultaneously lowers the risk of hypertension. 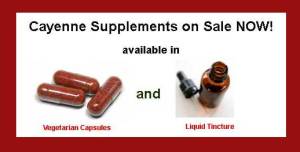