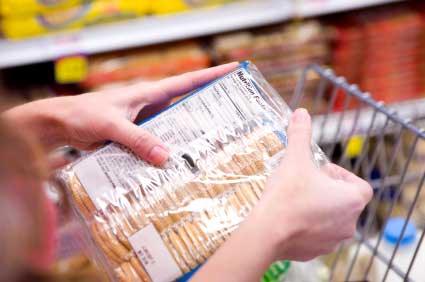 by MSN Health and Fitness

Including something new in a food isn’t always a good idea, especially when it comes to your health. Here are 12 additives to subtract from your diet:

2. BHA and BHT – Butylated hydroxyanisole and butylated hydrozyttoluene are used to preserve common household foods. They are found in cereals, chewing gum, potato chips, vegetable oils and canned foods. They are oxidants, which form potentially cancer-causing reactive compounds in your body.

3. Propyl Gallate – Another preservative, often used in conjunction with BHA and BHT. It is sometimes found in meat products, chicken soup base, and chewing gum. Animals studies have suggested that it could be linked to cancer.

4. Monosodium Glutamate (MSG) – MSG is an amino acid used as a flavor enhancer in soups, salad dressings, chips, frozen entrees, and restaurant food. It can cause headaches and nausea, and animal studies link it to damaged nerve cells in the brains of infant mice.

6. Aspartame – Aspartame, also known by the brand names Nutrasweet and Equal, is a sweetener found in so-called diet foods such as low-calorie desserts, gelatins, drink mixes, and soft drinks. It may cause cancer or neurological problems, such as dizziness or hallucinations.

7. Acesulfame-K – This is a relatively new artificial sweetener found in baked goods, chewing gum, and gelatin desserts. There is a general concern that testing on this product has been scant, and some studies show the additive may cause cancer in rats.

9. Olestra – Olestra, a synthetic fat found in some potato chip brands, can cause severe diarrhea, abdominal cramps, and gas. Olestra also inhibits healthy vitamin absorption from fat-soluble carotenoids that are found in fruits and vegetables.

10. Potassium Bromate – Potassium bromate is used as an additive to increase volume in some white flour, breads, and rolls. It is known to cause cancer in animals, and even small amounts in bread can create a risk for humans.

11. White Sugar – Watch out for foods with added sugars, such as baked goods, cereals, crackers, sauces and many other processed foods. It is unsafe for your health, and promotes bad nutrition.

12. Sodium Chloride – A dash of sodium chloride, more commonly known as salt, can bring flavor to your meal. But too much salt can be dangerous for your health, leading to high blood pressure, heart attack, stroke, and kidney failure.

7 responses to “12 Food Additives to Avoid”